The KTM Vittoria Team is crossing the Atlantic Ocean to take part in the two North American rounds of the XCO World Cup. The first, in Snowshoe in the United States and the second in Mont-Saint-Anne, Canada. A look back at the races of Léna Gérault and Mathis Guay on this stage #7, in the “stars and stripes” spirit. 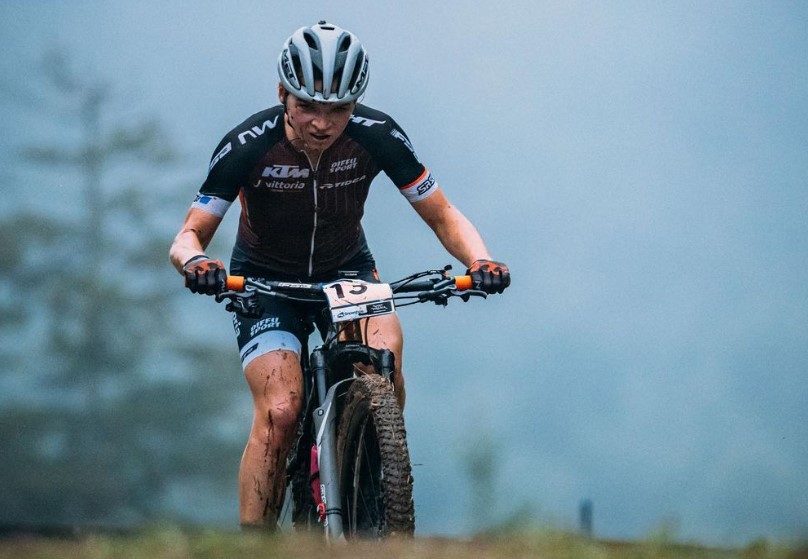 Practice begins in the fog, on a slippery and muddy track, a significant contrast to the last hot Andorran round. The settings will be decisive! The American banner floats in the fervor and enthusiasm of the spectators who made the trip to Snowshoe Mountain. 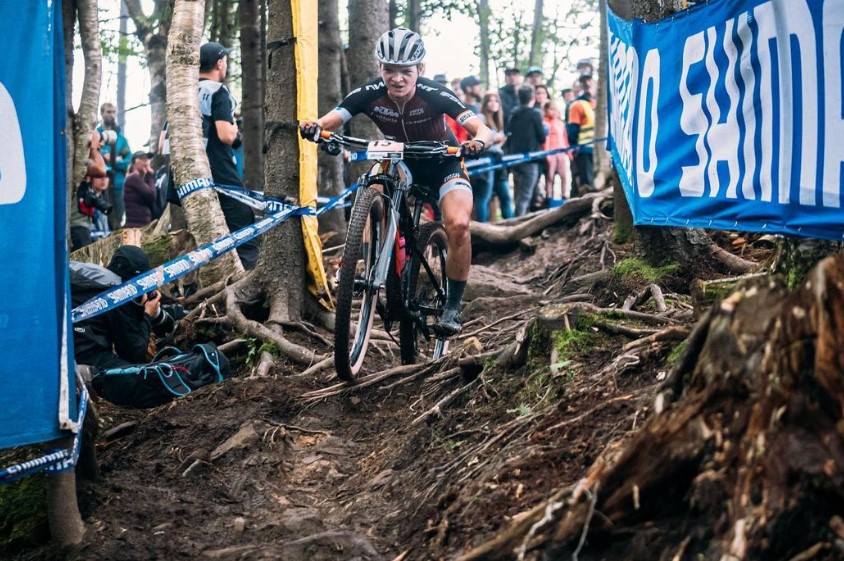 XCC :The weather conditions are better than during training, but the track remains muddy. The start of the XCC is given, Léna is ideally placed, front row beside Caroline Bohé. Unfortunately, from the first explosive pedal push, a mechanical problem occurs and deprives it of a functional telescopic seat post. It’s hard for Léna to compete with the best in the world in these conditions. She tries to limit the damage but it is at the end of the pack that she crosses the line, forcing her to go on Sunday for the XCO race in the 4th row.

XCO : On this usually fast and tactical circuit, the weather conditions got tough, making the course extremely tricky. And the rain was also invited to the party in the middle of the race. Compared to the European heat wave, bodies have been completely shaken up and many pilots have difficulties. After a complicated start in the middle of the pack, the funnel effect of the first turns was fatal. Relegated to the end of the peloton, she feels that the legs do not respond as usual and stomach disease occur. Unfortunately it will not be possible to play at the front on this round of Snowshoe. Léna finished this race in 26th place but her consistency in the previous rounds allowed her to move up to 11th place in the general World Cup ranking. 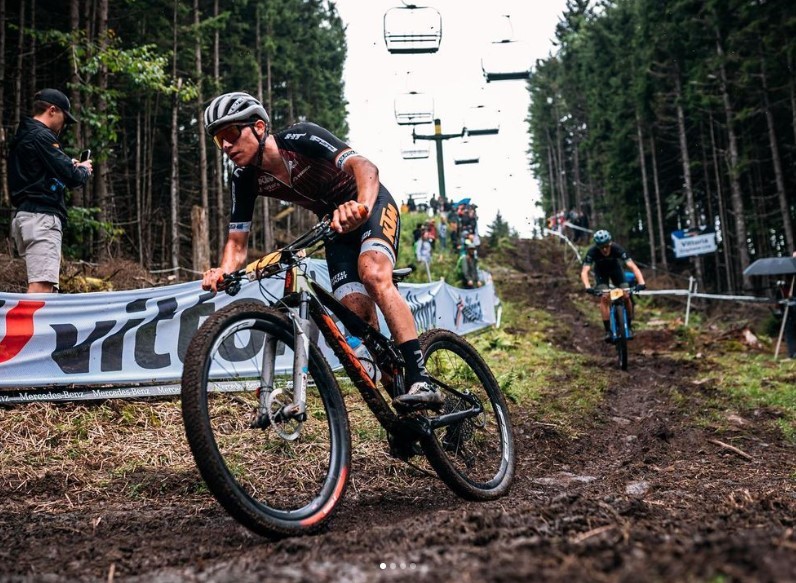 Complicated week for Mathis Guay who waited for his luggage lost by the airline. Despite this annoyance, he is focused and will push from the start of this U23 race. He makes a great start and rides with the best. Despite his climbing talents and his good effort management, it seems difficult for Mathis to catch the wheels today. He bravely fight against the physical and mental pain finishing in 10th position. By signing his 4th top10 in a row, he keeps his 7th place in the general World Cup ranking.

“A difficult weekend for the Team due in particular to the weather conditions, which are far removed from those we have experienced in recent weeks in Europe! We are looking forward to riding in Mont-Saint-Anne next weekend because Mathis has a good card to play and Léna could also join the Top10 of the general World Cup ranking.”

next round in Mont-Saint-Anne, canada from 5 to 7 august, Stay tuned !