After the series of recent UCI World Cups, the riders allowed themselves a weekend off before handing over a bib for this SKF French Cup in Le Bessat.

This race took place near Saint-Etienne on an ultra-dry and well-ventilated circuit. For the riders, it is an event that they apprehend as intensive training. The opportunity to wear a bib, close to home, with less stress from major races. However, their determination is no less great and the desire to do well is also really high.. 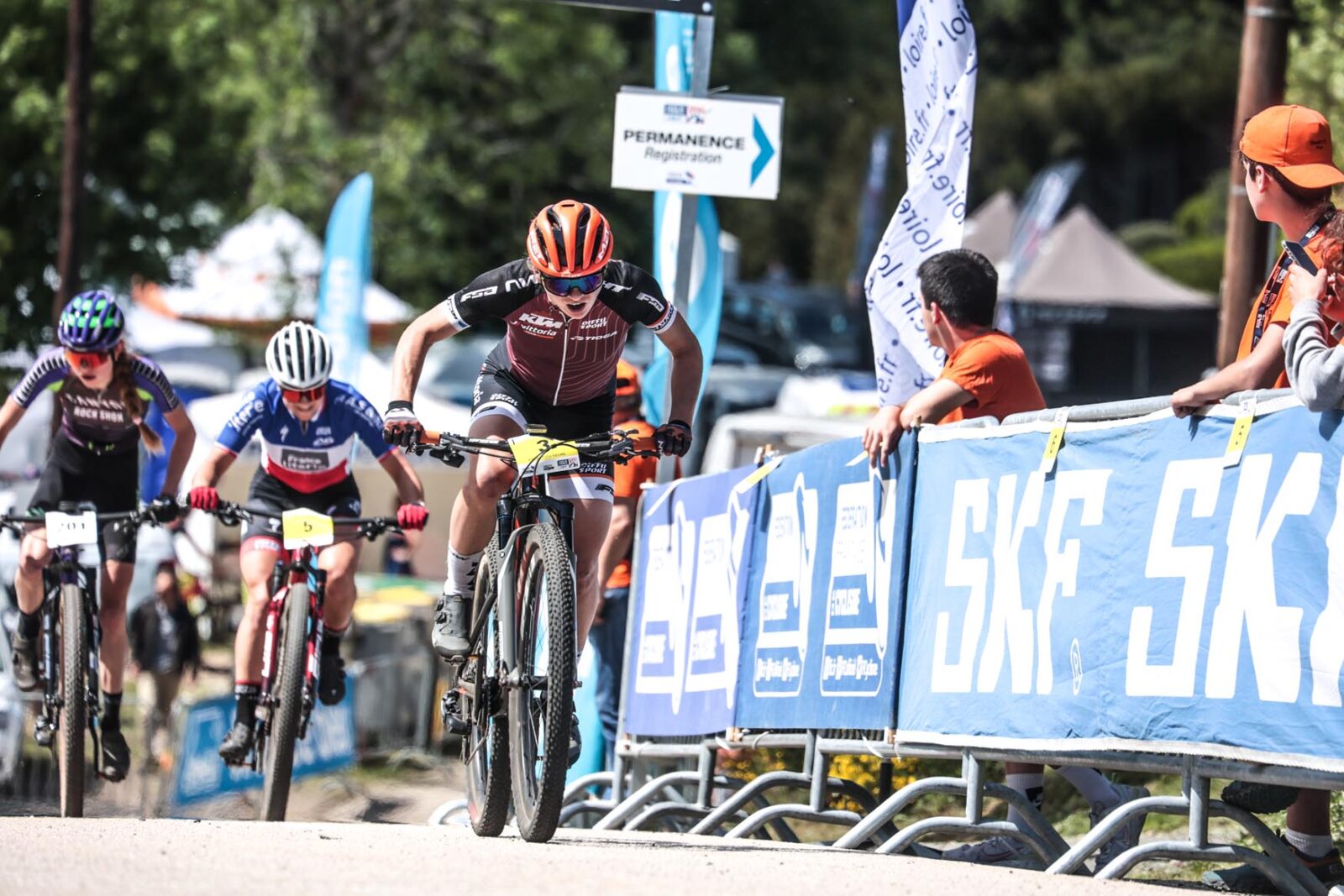 XCC : It is under the sun that Léna takes the start of the XCC on Friday. From the start line in the leading group, three of them took the lead. The race is fast and intense, the course winding and playful. On the last laps Léna tries several times to attack, but Line Burquier keeps coming back. It is also on a come back that the latter even manages to win Léna. She will cross the line in second position, just ahead of Hélène Clauzel and her tricolor jersey, a great start to the weekend!

XCO : On Sunday’s XCO event, Léna feels in good shape. She proves it to us again from the start. She finds herself at the forefront and takes the wheel of Loana Lecomte. On this dry and winding course with many roots, Léna feels that the rear wheel has no more air, puncture! The efforts involved are significant and it inevitably loses places. She fell to 4th position before getting back on the podium and grabbing a nice 3rd place. 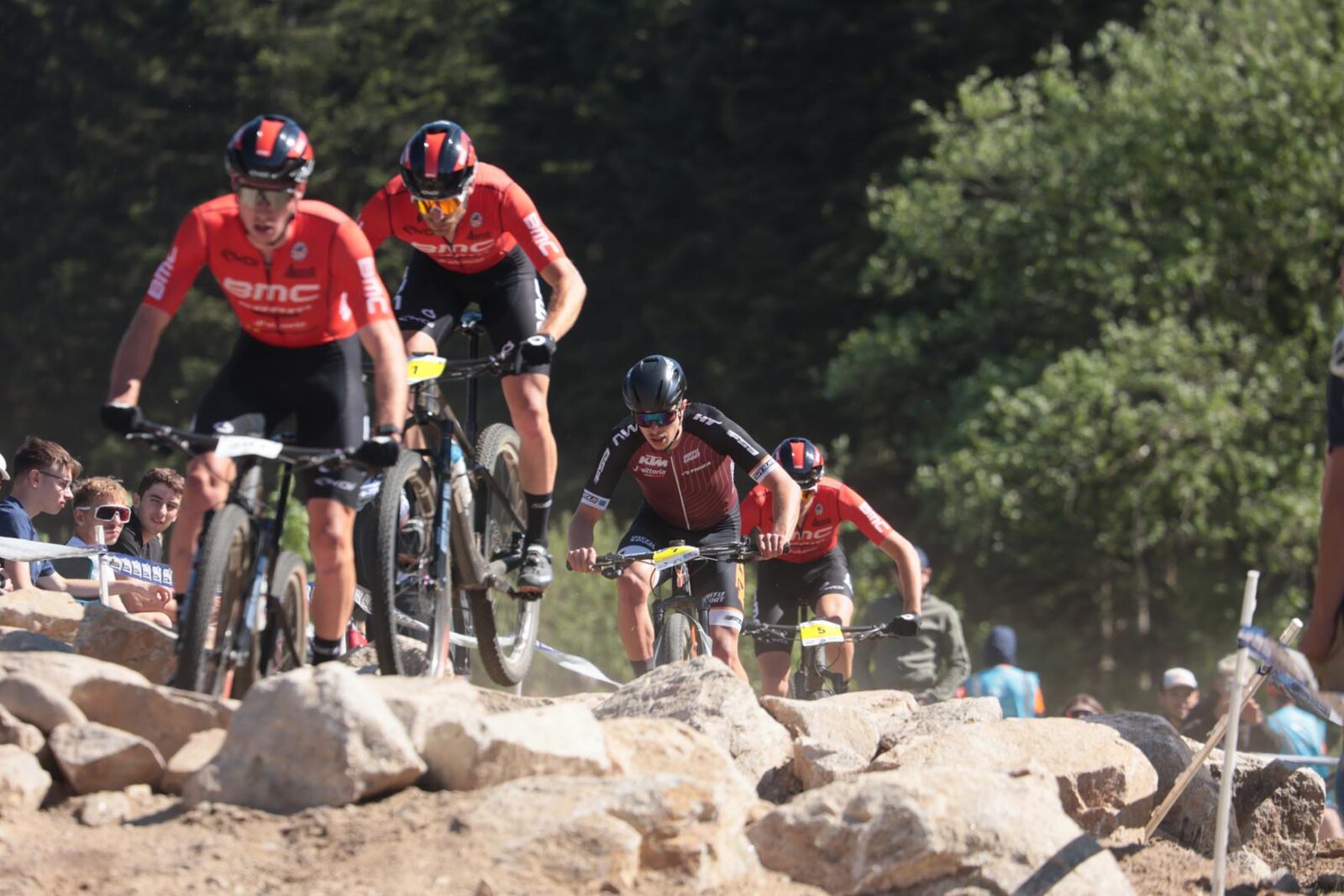 XCC : Maxime is also taking part in XCC, a racing format that he particularly appreciates due to its skills. Maxime feels good and catches up with the leading group. He knows the BMC gang wheels are the right ones. He manages to stay in this group, inserts himself, follows the pace, until on the last lap Titouan Carod manages to take a step ahead. It is after a great battle and in a magnificent second place that Maxime will finish the first race of the weekend.

XCO : Well placed on the line thanks to the XCC, Maxime finds himself in the wheels of the BMCs, like on Friday. It starts strong, too strong perhaps and it becomes difficult to keep the pace imposed at the front. He was left behind and fell to 8th then 10th position for several laps. The gaps are made, we think that the ranking is frozen but Maxime has resources, makes the effort, and by drawing he returns to a good 7th place. 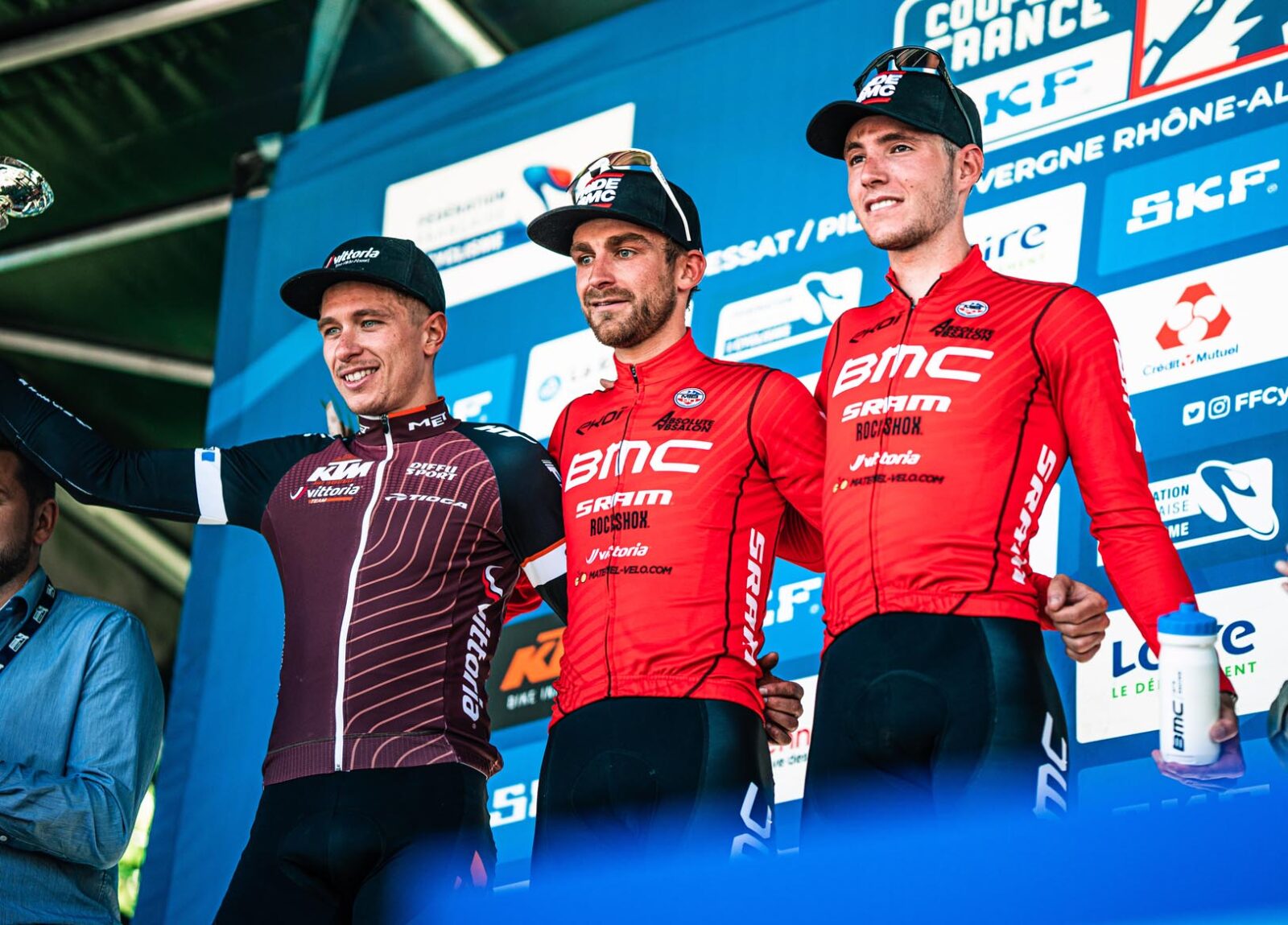 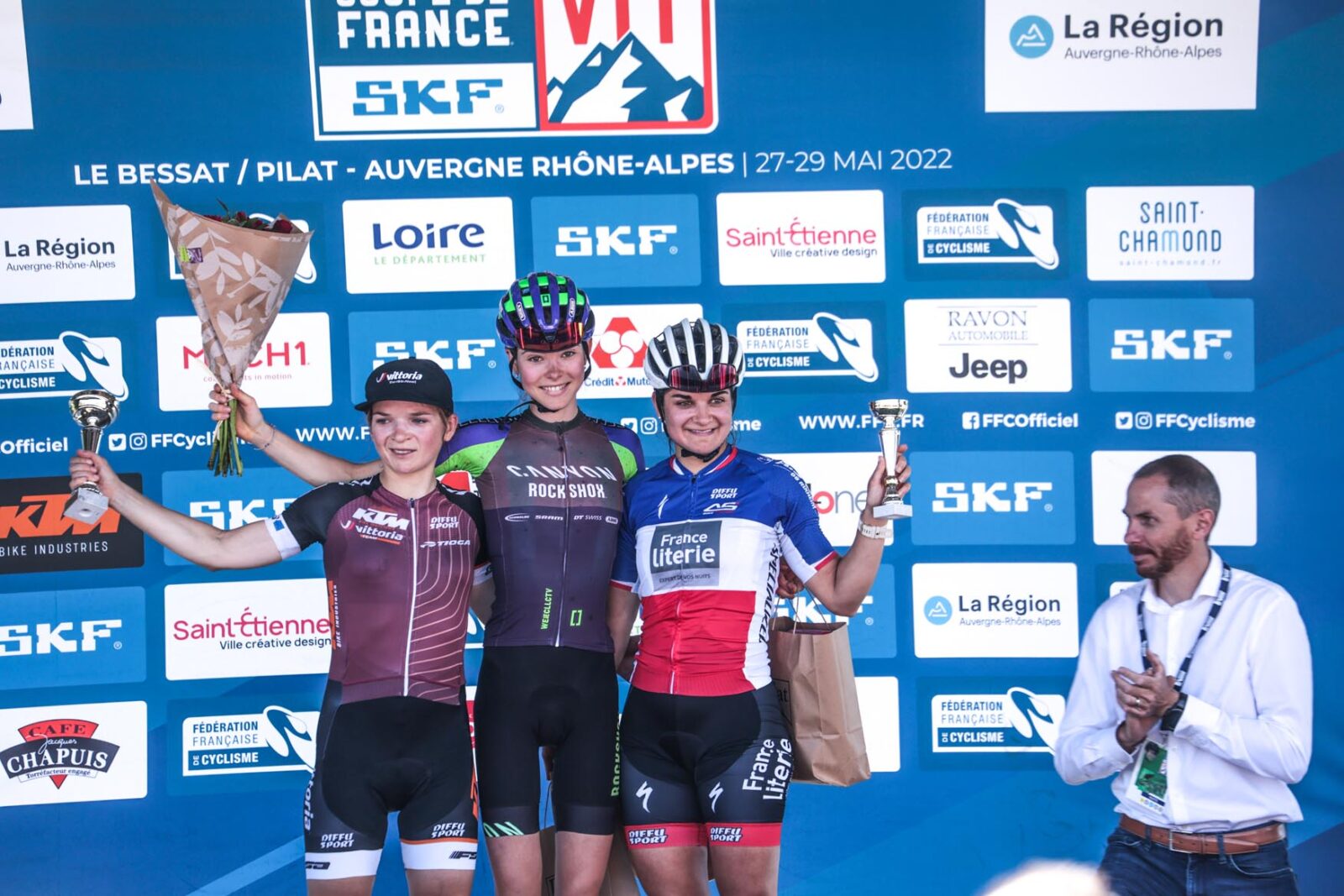 “After last weekend’s break, this French Cup is perfect for intensity, close to home, it’s a super interesting trip for the KTM Vittoria Team. In addition, the riders had fun and got on the podium, it’s great for confidence.”