On the way to Germany and the Baden-Württemberg region for the 2nd UCI World Cup round, in Albstadt. Despite the rain on Friday making the ground slippery for the XCC, the races on Saturday and Sunday took place under cloudy skies. Debrief of the KTM Vittoria Team races, one lesson: every place counts!

Unlike the first World Cup in Brazil, here the question of a full suspension bike or a hardtail arises. Léna Gérault crosses the gap, as for Tatiana Tournut, Mathis Guay and Maxime Loret, they remain full suspension. Indeed, the course is very physical with two big climbs, a few jumps and berms, but it is above an ultra dynamic track with constant changes of pace and reversals of situation until the finish line. 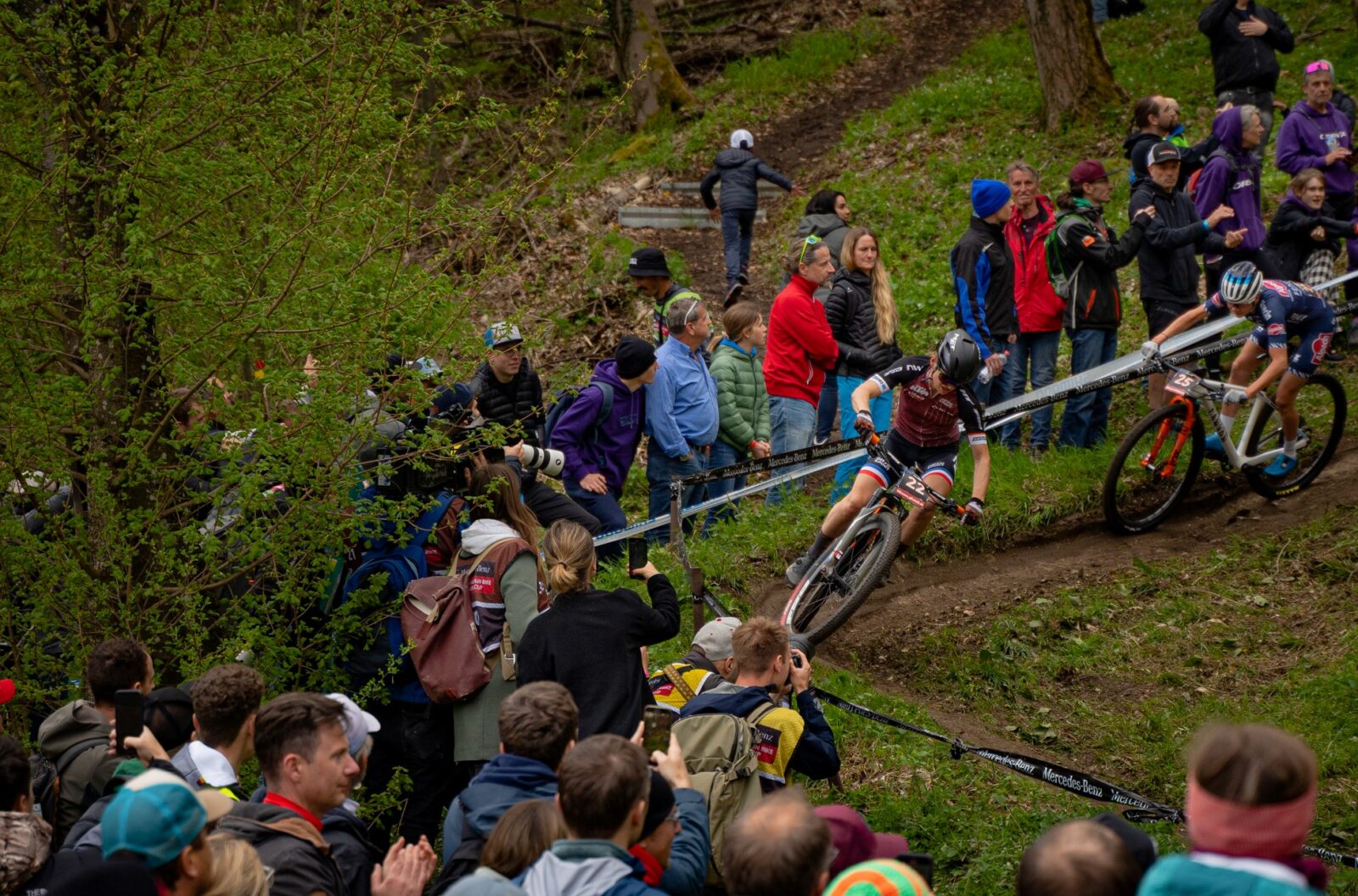 XCC: Léna takes her first race start on Friday, on the 3rd row. On her hardtail KTM bike, she got off to a good start and ride on the middle of the pack as she passed the first wooden bridge. The attacks follow one another, the pace flies away. A first group breaks away but the competitors look at each other on the crossing line allowing Léna to came back. The pace picks up again and an imposing group leads the race. Léna is 16th at the start of lap 4, still in the game, she leads the 2nd chasing group on the last lap. Until a crash split the lead group in two, unfortunately Léna found herself in the second part. Efforts at the start to get back together are starting to hurt her legs and it is in 24th position in a full speed race that she comes to close this start to the weekend.

XCO: This ranking allows her to start on the 3rd row of XCO, on the left. Still on her hardtail, Léna came out of the start well and despite the strong wind, she placed 15th in the first split. From the first climb, she overtakes until taking the wheel of the reigning world champion and still pushing her effort to get back on the front group. Halfway through the race, Léna is still 15th. Each place counts and she feels that she still has watts. So she hangs on at the end of a sustained fight to 13th place. A great battle in this high-intensity race! 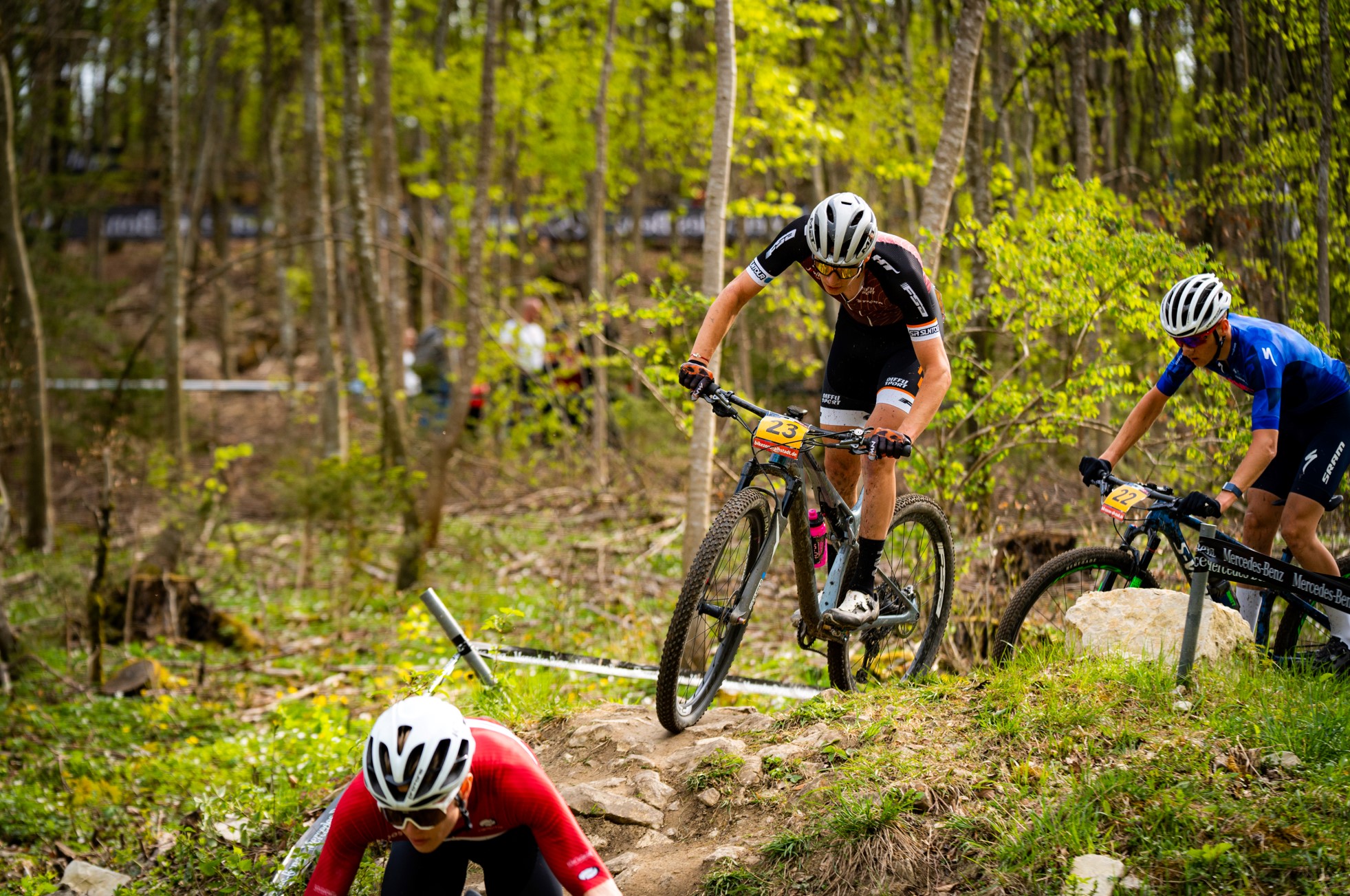 The sensations are good during official trainings and Mathis enjoys the track, it’s good for pre-race confidence. He takes the start in the middle of the pack, pushes hard, until he goes up to 10th place. Transcended, he feels he has good legs, that he is having a good day. This physical course suits him well, he keeps his lucidity and vivacity. Unfortunately, a chain jump forces it to stop and makes him lose precious time. He manages to start again but the lost seconds will be impossible to fill. The first group moves away. Despite the frustration about to this mechanical problem, he set off again and finishes this race in a very good 18th place. 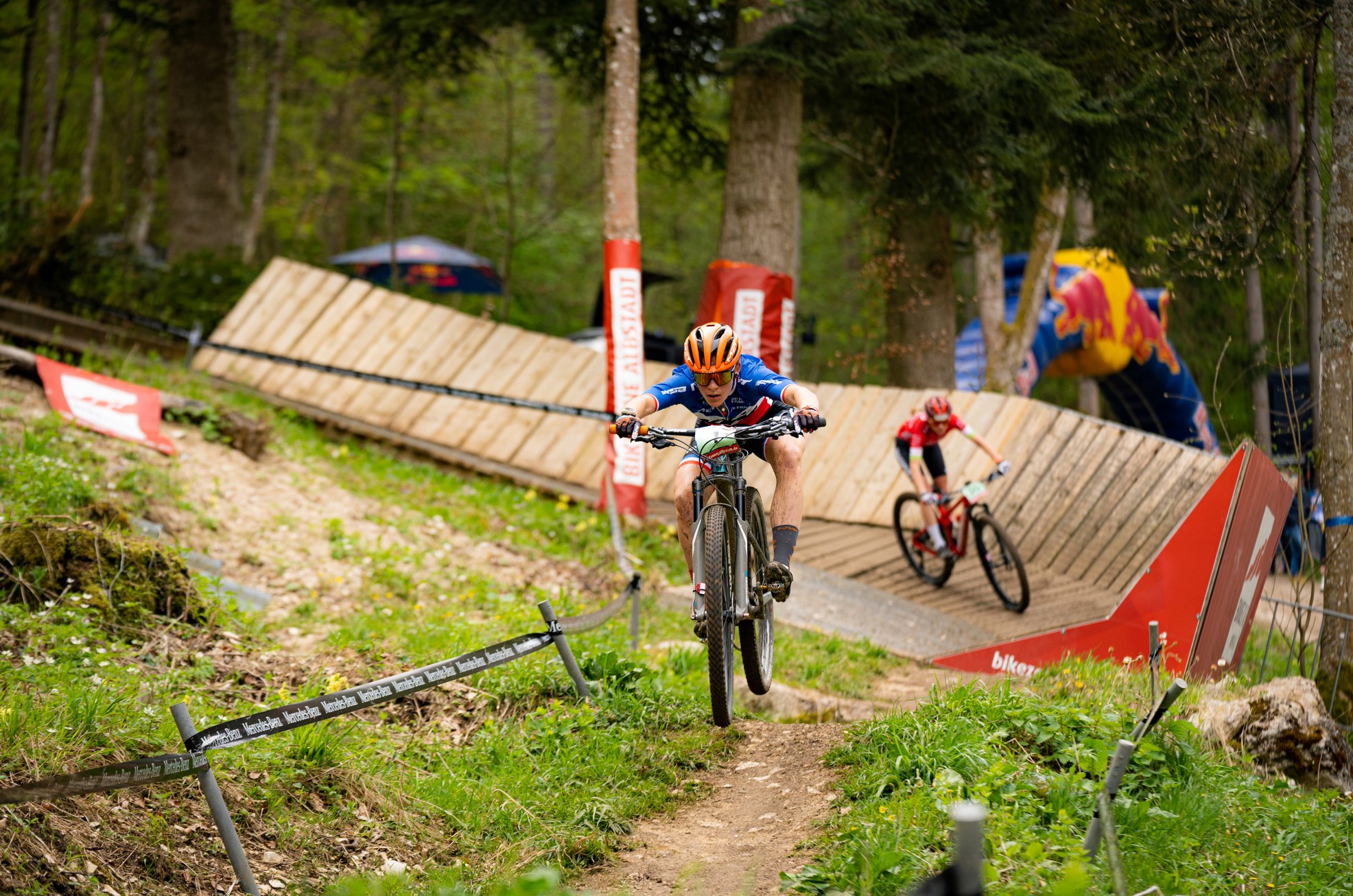 Tatiana likes to start strong and impose a high pace from the start, sometimes even paying for it a little later… It is therefore a great start that she offers us, placing herself at the lead from the start loop. On the first lap she felt that things were starting to come back and she fell back to 15th place. The legs harden and do not respond as expected. From the 2nd lap, it becomes hard to follow, the start was so strong that the lactic is hard to bear. Despite the pain of the effort, she kept up the pace and managed to stay in the top 20, finishing in 18th place. 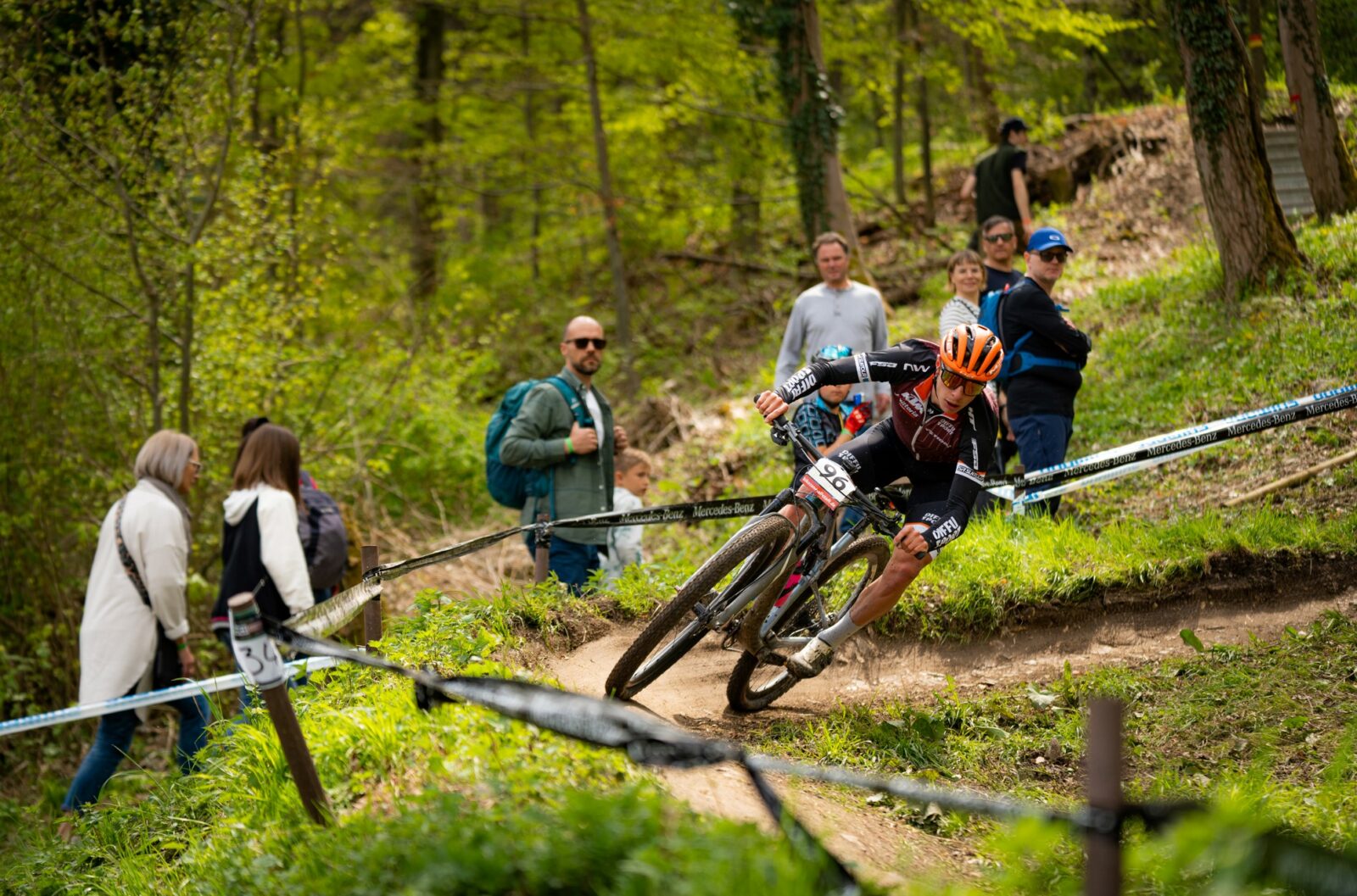 On this Albstadt track, Maxime feels good. From the training, the sensations are good and the course suits him well. It was with bib number 96 that he set off, not easy to find his place… But Maxime took out the watts and came back to mid-pack quickly, then completed the first lap in 40th place, an ideal start to the race ! He found the good wheels, including that of cyclocrossman Eli Iserbyt, from CX and U23 world champion in the discipline. Halfway through the race, Maxime continued his comeback race to 30th place, but a puncture occurred on the upper part of the circuit. These seconds are paid cash and it is in the 45th position that he leaves. It is finally in the top 50 that he will finish this 2nd round of the World Cup, frustrated but reassured about his condition, already watching of next Sunday in Nove Mesto. 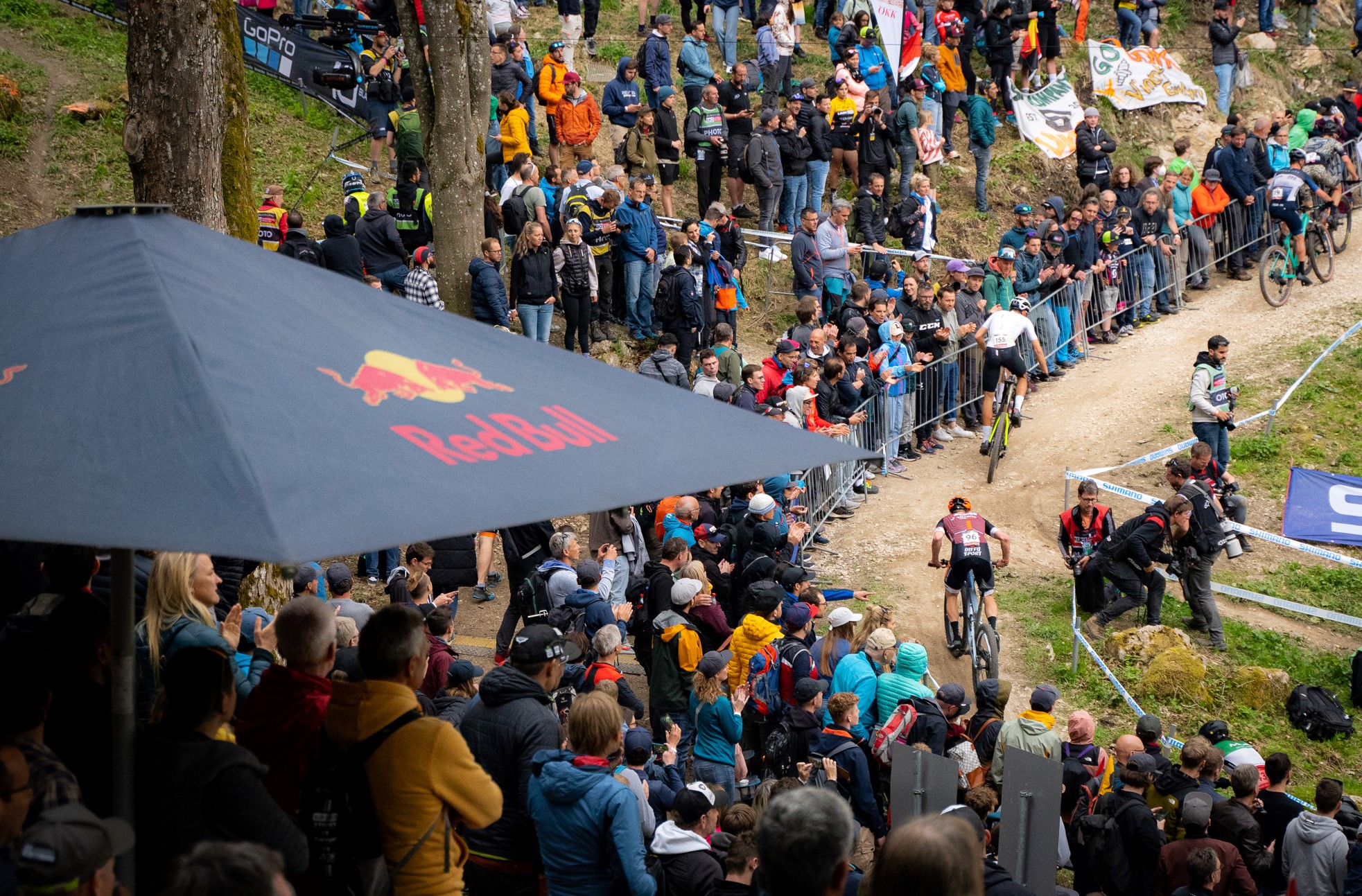 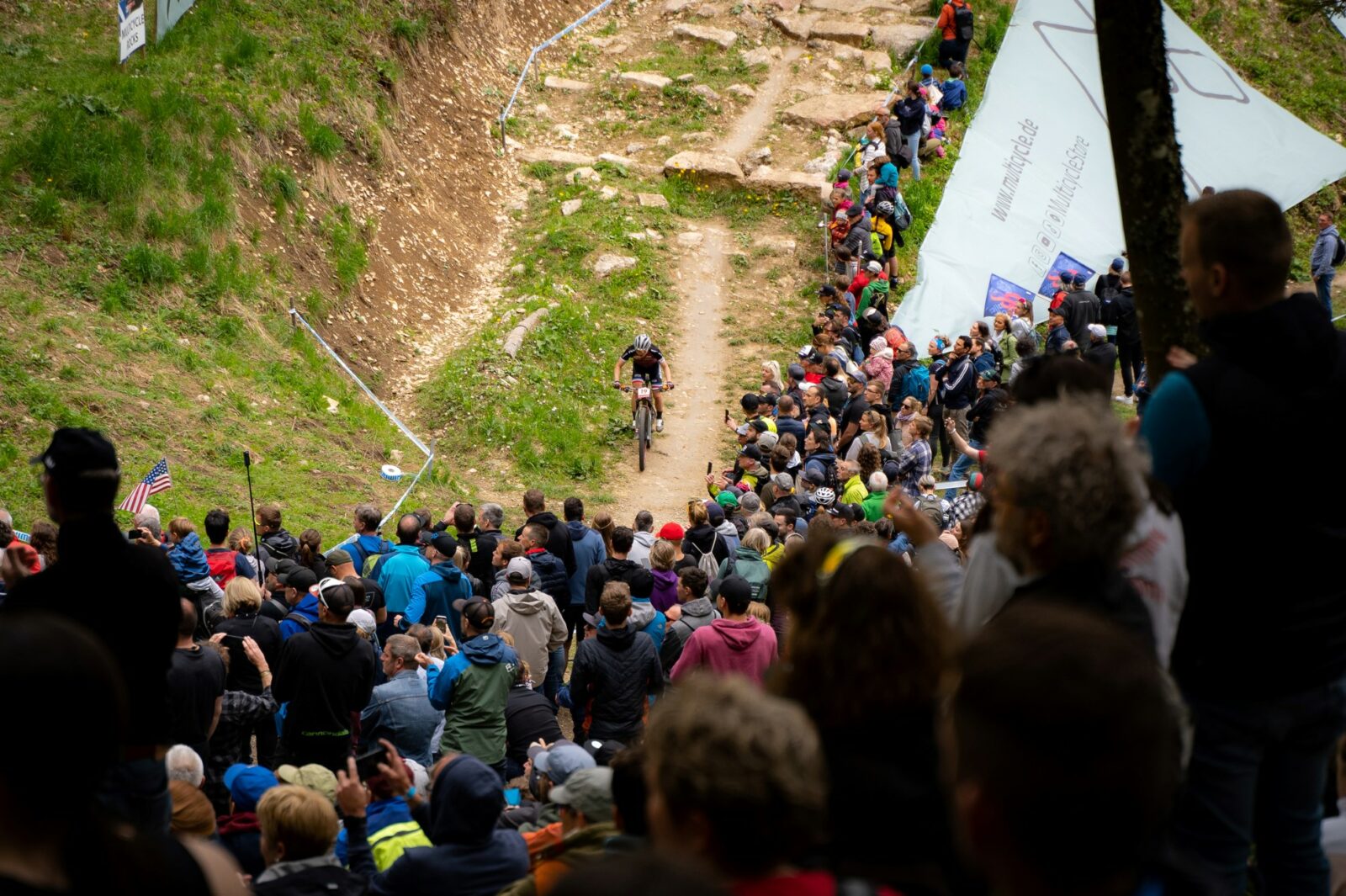 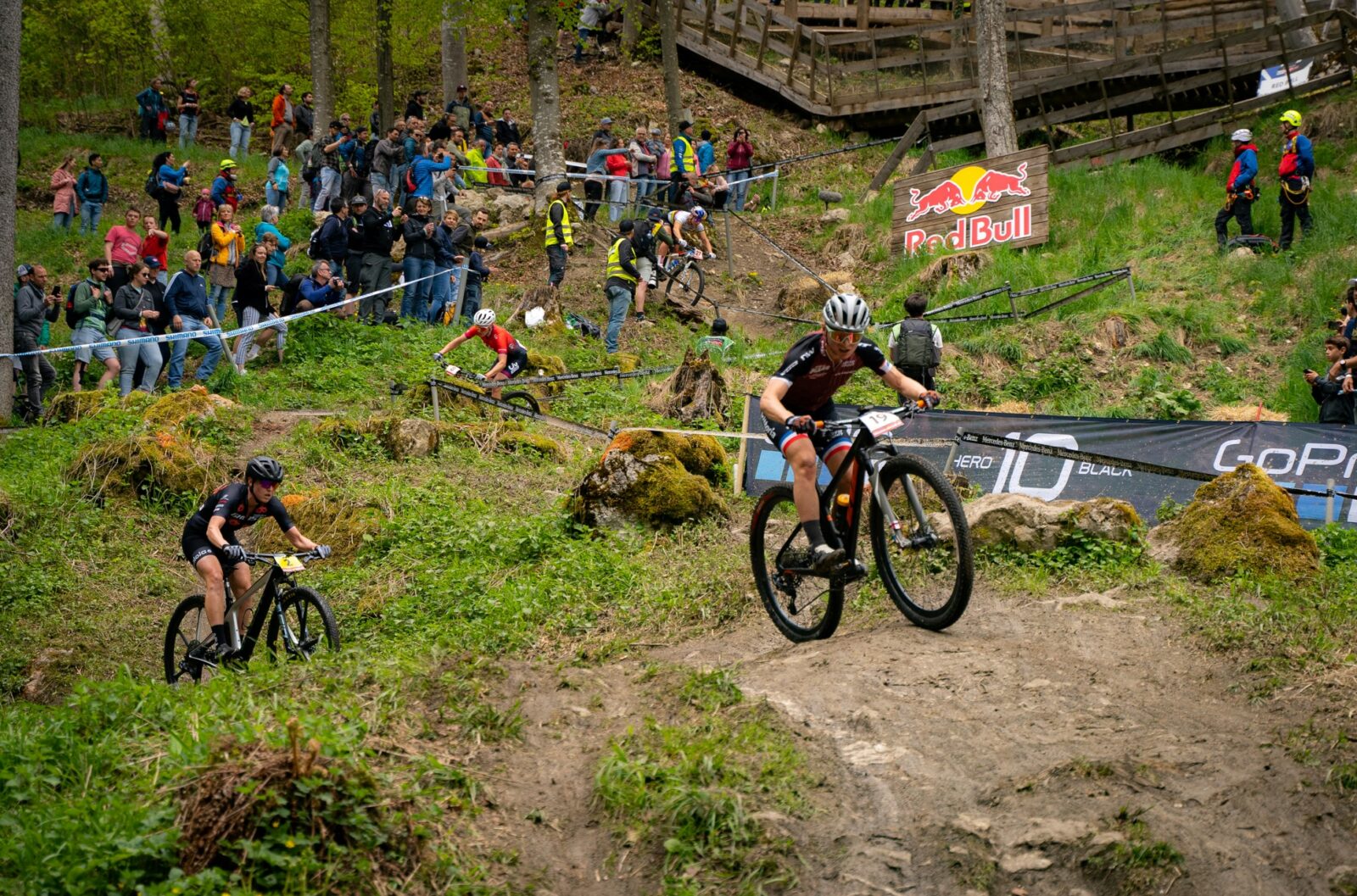 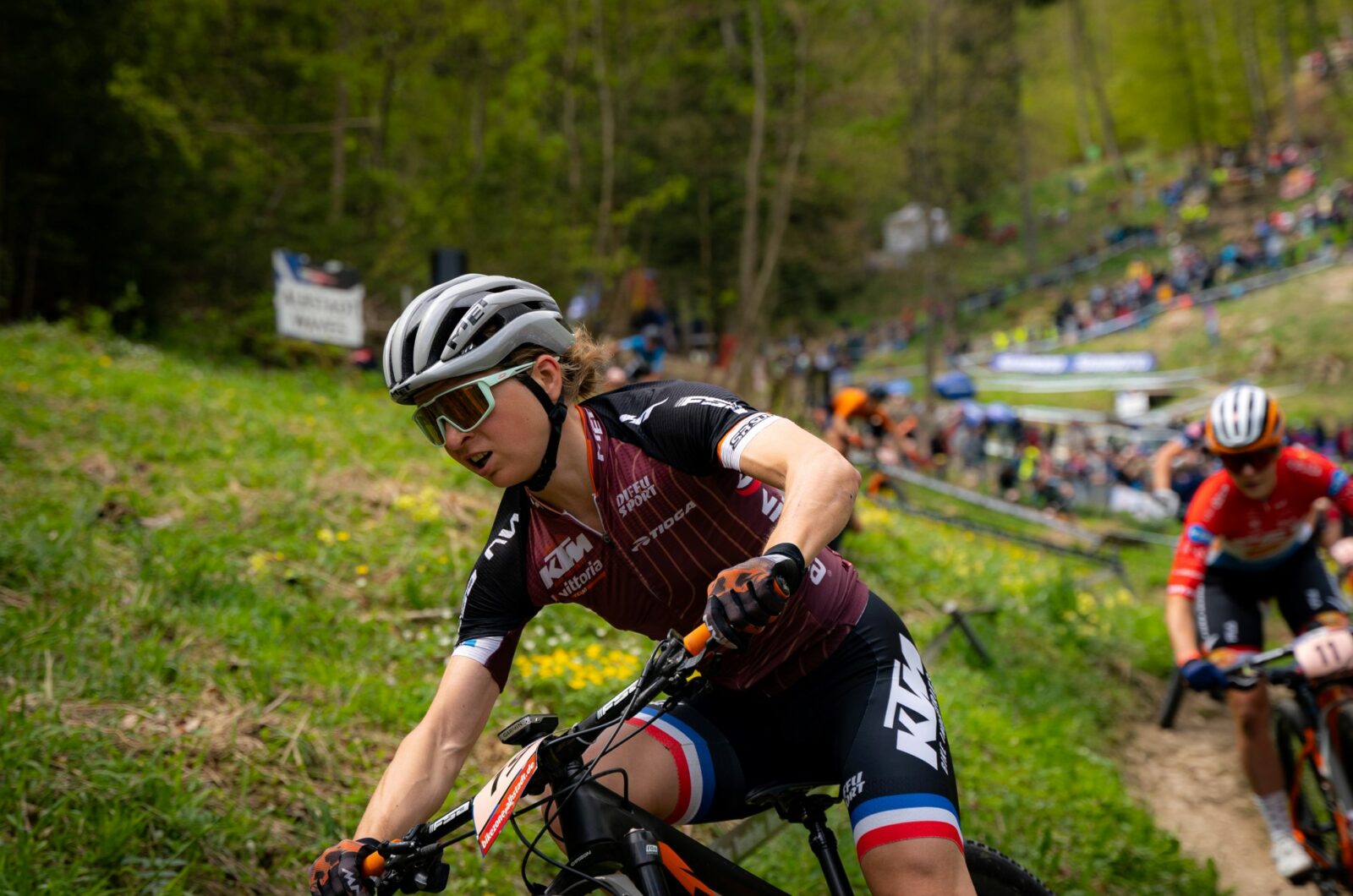 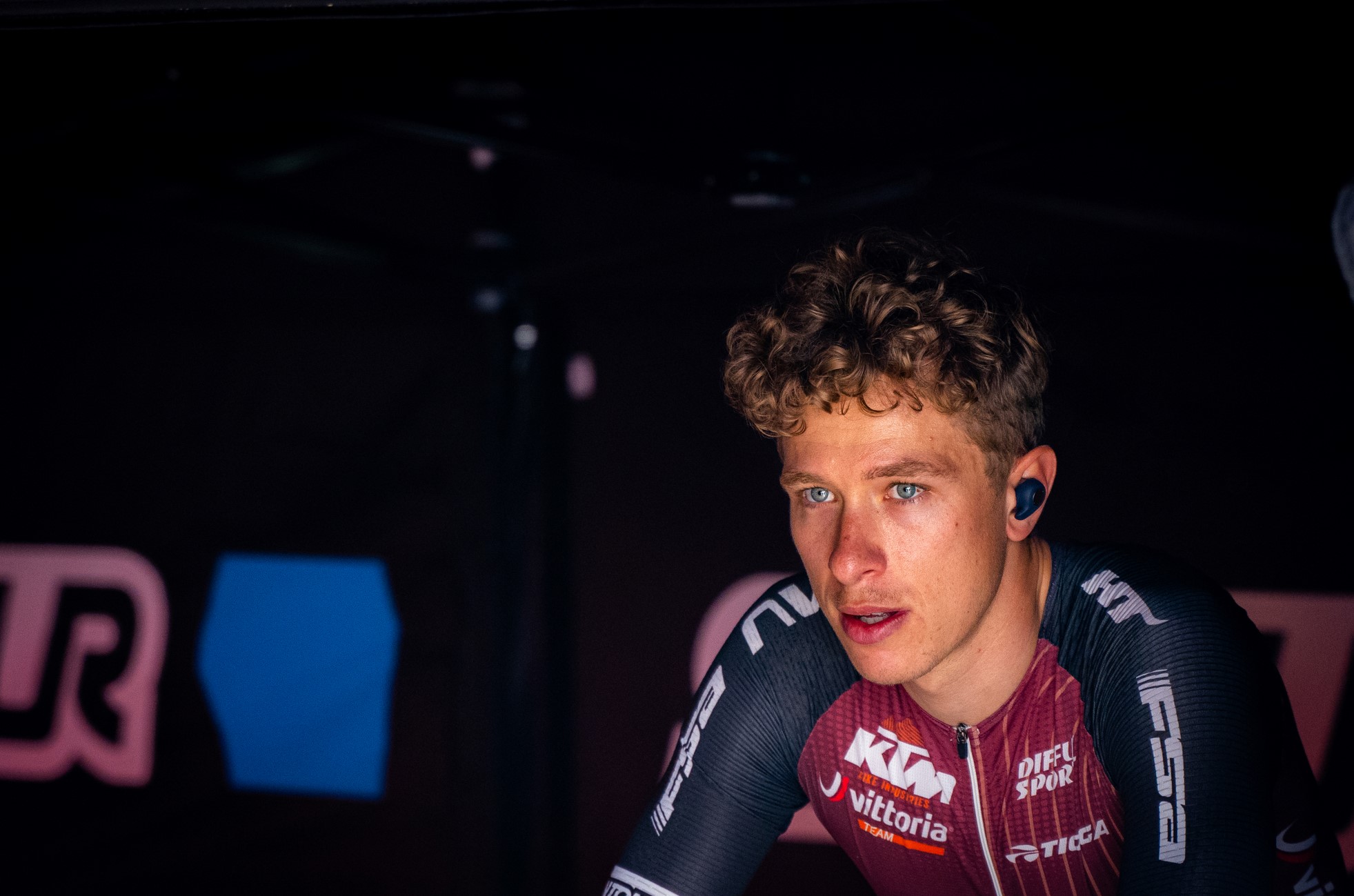 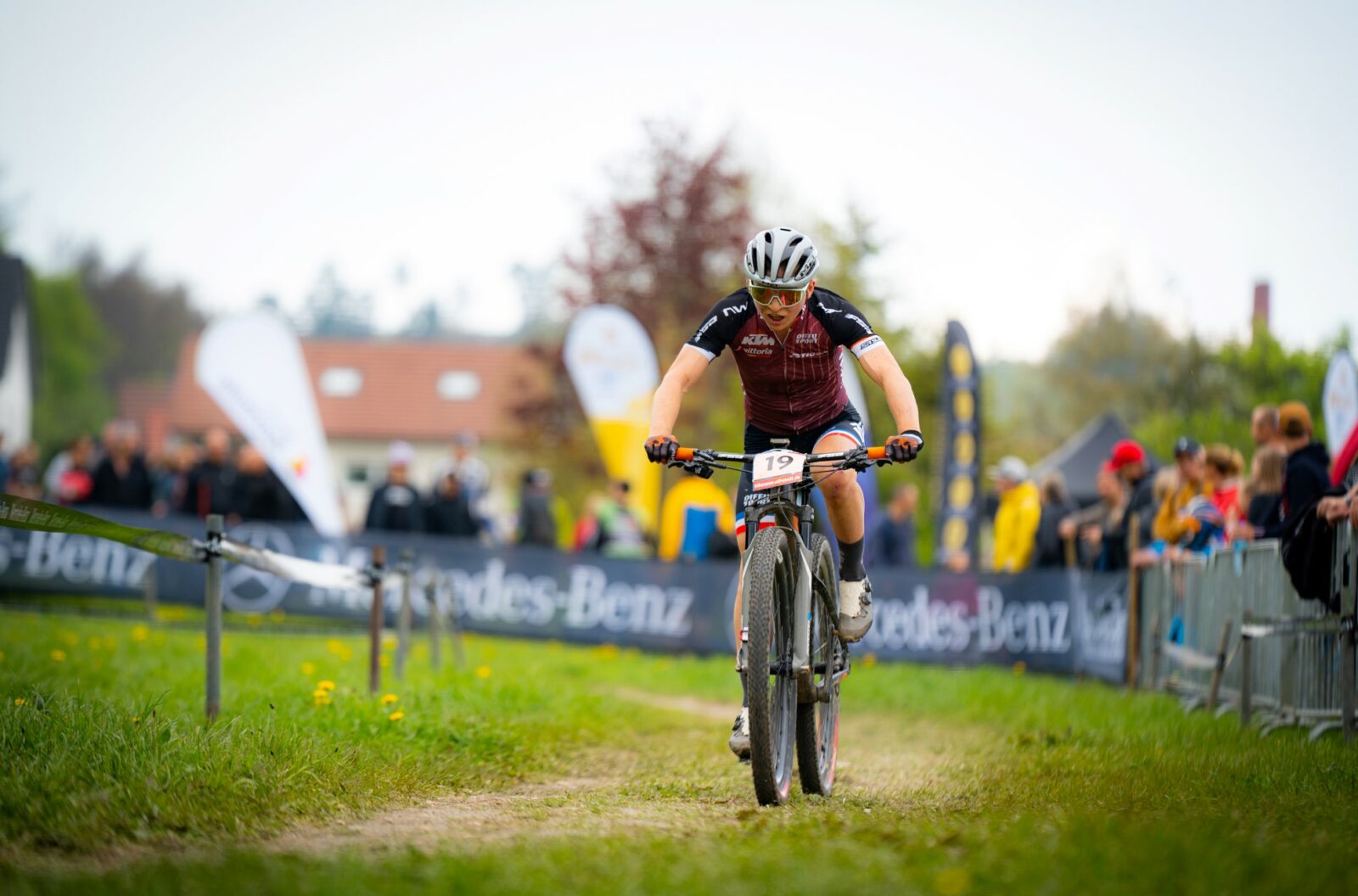 “These Albstadt races are really challenging, both physically and mentally, it’s a great exercise for confidence. The Team riders have been hanging on and defending themselves really well. Now let’s go to the Czech Republic and Nove Mesto for the next World Cup, we can’t wait!”